Although tour has now ended, I am going to pick up where I left off and continue giving some day-to-day posts from the road. These will lead up to Polyrhythmics’ big shows in Portland this Friday and Bend this Saturday, as well as the grand finale in Seattle on November 24.

A few things about Eric Rouse. 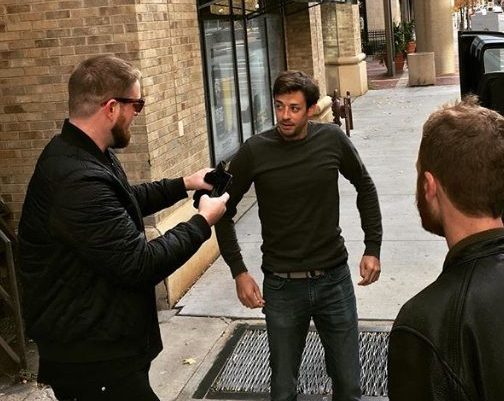 Polyrhythmics met Eric at one of our shows years ago, and he’s come to many shows since.  For this Midwest run, Eric offered to drive himself, put himself up, and follow us on tour to sell merchandise for us.  This was incredibly gracious, obviously!  I didn’t know exactly how it would go, to be honest, because it’s so different to hang with friends at shows, when the focus is to have fun and get down, than work with them and have them deal with the business side of things the way that we do on the road.

Also, we’ve been lucky to have enthusiastic, genuine, and positive merchandise heads in the past; our good friends Lauren and Maxianne did several extended tours with us, handling all things merch-related.  But with this tour, Eric did awesome.  He was a valuable asset, and we were grateful to have him, as we have been with all of our merch family! 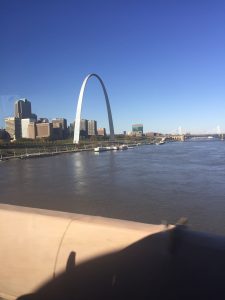 The Old Rock House in St. Louis was a beautiful restored old building (established in 1818!) with a big stage and big dance floor.  As I mentioned in the last post, the folks that brought us there were really enthusiastic, and the crowd was a little thin but absolutely could not wait to talk to us and tell us to come back.  The Gateway Arch looms over the entire city, and is really impressive.  I thought it was really cool, but I didn’t have time to explore.  After the show, I flew home to teach for a couple days (as well as do laundry, pay bills, and make sure the cats still recognize me).

I would meet back up with the guys on Day 12, in Boise.  More on that next!

Current listening:  Makaya McCraven, “Where We Come From”

After Elijah (I know him as Eli, but I believe he’s come to introduce himself as Elijah) and I connected on London artists like Shabaka Hutchings and Nubya Garcia, both of whom I’ve talked about before, he hipped me to Chicago musician Makaya McCraven.  McCraven played the Royal Room in Seattle a couple months back, it so happens, but his most recent album is a collaboration between London and Chicago musicians, with songs and improvisations remixed/cut up or left alone, and all released on a single record.  It’s a super inspiring project, with a story as interesting as the music itself!