I recently read Soul Jazz:  Jazz in the Black Community, 1945-1975, a book by producer, writer, and critic Bob Porter.

When I first heard about it, I felt like it was right in line with what I’ve been interested in learning about and listening to for the last 5 years or so:  popular instrumental music and Black music from that era that I did not study closely when I was in the Jazz Studies department in college.

More specifically, I’ve been really motivated to listen to and learn about the genre and style that has come to be called soul jazz, among other names, as well as a lot of the music that came out of organ-led groups in the 60’s.  Other related subgroups that have been really inspiring to get into are blues-and-ballads saxophonists and Texas tenors.

Playing with the Unsinkable Heavies has been a blessing for this, as we cover a lot of material from these groups, and since some folks have asked about some the tunes we play I thought I would link some resources here.

I recently found that the legendary Prestige Records has a Bandcamp page!  Prestige released a lot of this music when it was around, and I can only hope that whatever conglomerate music group now owns their catalog (I think it’s Concord) is doing right by them.  Regardless, buying the music there is much better than streaming it elsewhere.   The albums No Way! and Right on Brother by Boogaloo Joe Jones and Fire Eater by Rusty Bryant have tunes that the Unsinkable Heavies play regularly.   It’s worth noting that there is crossover between what we cover and what has been covered by other somewhat contemporary groups like the Greyboy Allstars.

And of course, as always, I LOVE USING THE LIBRARY!  Their digital streaming app, Hoopla, has been a wonderful resource.  Heavies favorites like Yusef Lateef, Stanley Turrentine, Grant Green, Dr. Lonnie Smith, Lou Donaldson, and Charles Kynard are available there.  Also, Seattle Public Library had a copy of Porter’s book as soon as it came out.

I recently had the opportunity to make a couple of videos for young students on learning music by ear.  The opportunity was through the Seattle Repertory Jazz Orchestra’s Jazz Scholars program, of which I am proud to be a part.  I believe that learning music by ear and transcription is an invaluable part of playing  an instrument, but because common american music education curriculums do not include it, many students find it to be a slow process.  More specifically, learning by ear is essential when learning Jazz and Black American Music, because western european music notation cannot show on paper some of the most important aspects of playing B.A.M.

The 2 videos are below; I hope they are informative!

I’ve been talking with students about the use of vocabulary, “licks”, and learned musical sentences in improvisation in 20th century Black American Music.  If we compare music to visual art, I think sometimes it can be helpful to practice improvisation more like creating a collage than trying to paint something completely new on a blank canvas – taking previously discovered melodies and ideas and arranging them in interesting ways.  I’ve been focusing a bit more on some old vocabulary for my own playing, and trying to put it together, doing my best to avoid running through patterns and focusing specifically on melodies.  Here’s a little sample of that from some car practice I was doing a while ago (in the days of Covid, and everyone working from home, it seemed like the courteous thing to do).  Hope you like it!

When I was 15 my family went to Berkeley CA to visit my brother at college, and the Tower Records store there had a CD called “The Best Blue Note Album Ever”, a double-disc compilation.

I was getting into jazz/BAM at the time but I don’t think I knew what Blue Note was. I bought the CDs. Track 2 was Blue Train (I would mostly just listen to the first 15 seconds of Coltrane’s solo) and Track 1 was this song: Song For my Father, with the great Joe Henderson on saxophone. Kenny Garrett said that 2 musicians who always sounded to him like they were playing the blues no matter what the musical situation was were Bobby Hutcherson and Joe Henderson. I think about that, especially when I listen to this solo. So funky.

I learned this short solo for fun for my wife a little while ago after we put the song on our wedding playlist, but lost the video on a broken phone!  I decided to try it again and put it up here.  After a little bit of research, I discovered the saxophonist is the great Branford Marsalis, which is a fun bit of trivia!  Without diving into discussions about tone, there’s some of the ornamentations and style here that point to a lot of saxophonists that would be considered Smooth Jazz, and it would be interesting to get more into that language, just for my own knowledge if nothing else.

Hi everyone!  For this transcription, I went to one of the most influential saxophonists from the 1970’s through the early 2000’s.  Although many of Brecker’s solos would take significantly longer for me learn, this little clip is from a medium-tempo tune and he largely sticks to 8th note ideas, so I had a better chance!  It is also is over a standard chord progression, the 1st section on Autumn Leaves, so it’s a cool opportunity to hear what he does over conventional harmony.

Even with that, Brecker’s exploration of range and sound leave a lot for me to work on, and I feel like I began practicing jazz saxophone at a period just after a lot of people were focused on him, so I haven’t really delved into it as much as I should have.  No time like the present! 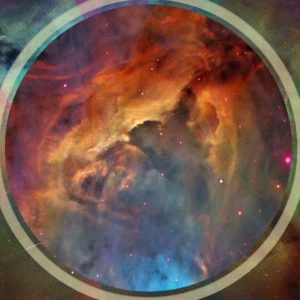 Theoretics released a new track, “Suspended Animation”, last week, part of an EP that we hope to release in the near future, funded by pay-what-you-want donations.  You can check it out here:

The group has taken a break for a while now, mostly focusing on getting the last of our creative material out on this EP and then seeing where we want to go from there, and the break was taken for a lot of reasons, but it’s hard not to look back and try to figure out what we could have done to give this music a little more traction when we were playing more shows and releasing more music.

The looking back is a process I’ve gone through with several groups I’ve been in that are gone now, and I’ve talked with other Seattle musicians about it.  You think about the quality and accessibility of the music, the role that luck plays, and all of the non-musical elements (promotion, networking, marketing, etc.), and other ingredients that are supposed to combine to be the “winning” recipe.  I surround “winning” with quotation marks because just defining that word for the given group/band is an important part of the process too.  What are our expectations with our music?  How far do we expect the music to go?

I think I have a pretty good idea how accessible (or inaccessible) the music I play is, in all of the groups I’ve been involved with, but every band I’ve played with in the past that could not get the momentum to continue moving forward leaves me with the same questions.  I guess it’s part of the life cycle of bands and musical groups.

This isn’t to say that Theoretics is no longer a group!  However, the dip in activity leaves some space to reflect here.

It’s been a little while but here’s a bit of some music that’s had my attention lately.

This is a bit of Woody Shaw’s trumpet solo on Joe Henderson’s song “If”, off of Larry Young’s Unity (lots of credits, there!) I love Joe Henderson but I had to try some of Shaw’s ideas because they are so interesting, although I tried swapping out some of the trumpetisms for saxophone false fingerings.

I’ve been listening to a couple new albums as well, from new Blue Note artists James Francies and Joel Ross.  Check out their websites below!

Playing Alto Saxophone exclusively when I was studying in college means that most of my knowledge is still pretty deeply related to that voice; I didn’t learn songs or jazz solos in all keys (which I should have), and for most of my time as a musician I heard ideas on alto rather than on tenor.

Because of that history, I have been energized recently by learning jazz standards on tenor in addition to continuing to transcribe tenor saxophonists, and it is especially fun to work on Coltrane.  Even though I’ve listened to him quite a bit and learned 1 or 2 of his solos on alto, studying his playing while actually playing tenor opens up so much, and it’s great to actually play those Coltrane idioms I’ve heard for so long (or at least try to imitate them!). This clip is rough, with plenty of things I still need a lot of work on, but I’m really enjoying it so I thought I would post it here!

This clip is from a solo from Aldana’s first album, released in 2010.  I’ve really gotten into her playing the last couple of months for a few particular reasons.  I think she’s one of the tenor players currently on the scene that really explores changing tone and expression while executing technical ideas at the same time.  She openly holds up Sonny Rollins as a really big influence for that approach, so her music has also led me back to Sonny, which of course is inspiring as well!