Jon showed us to his personal favorite, which was, of course, amazing, and even more so because of where we went to eat them: 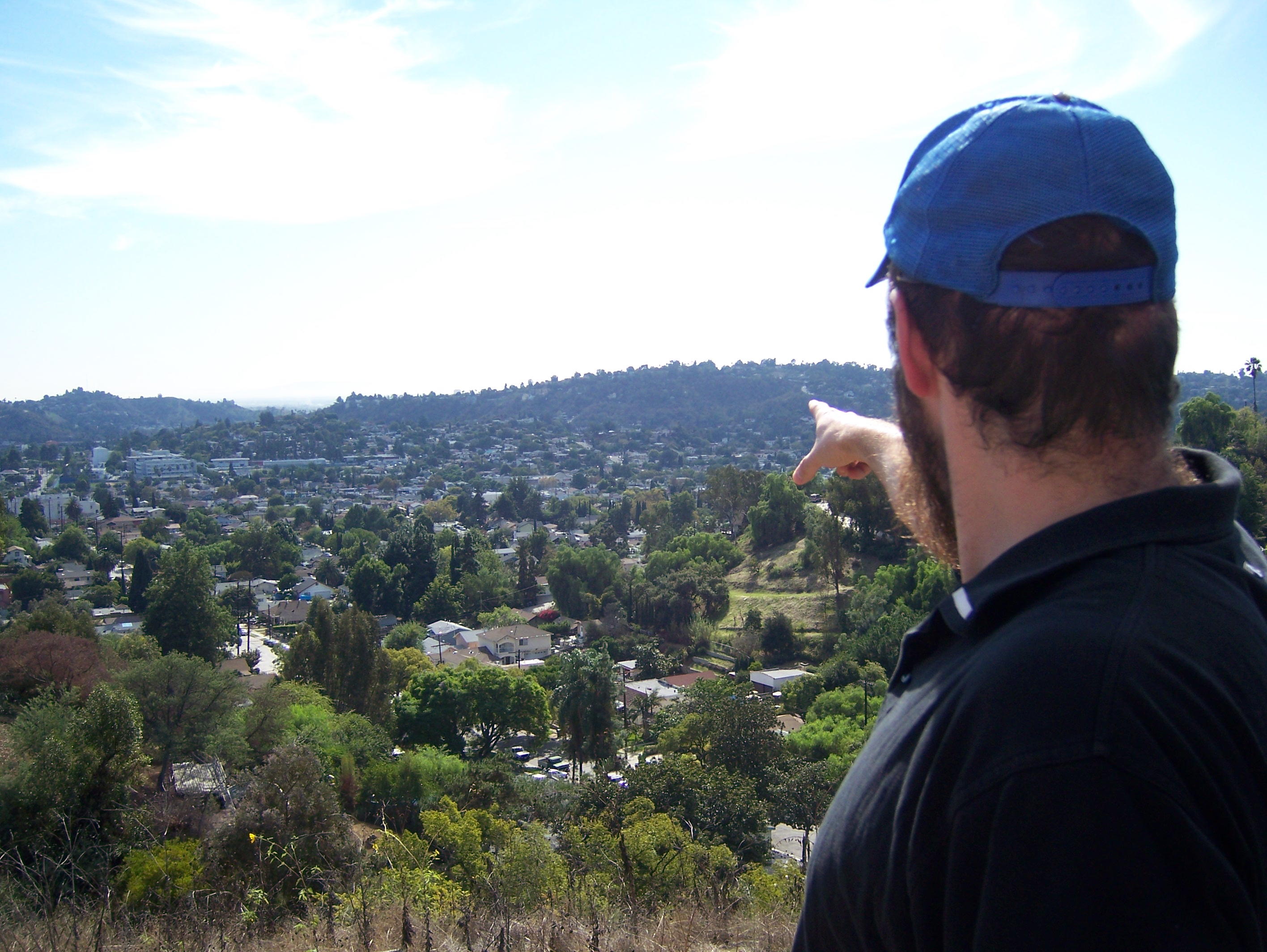 This was a ridge about 5 minutes away from Jon’s house, and the view was breathtaking.  From there, we were led by tour guide and old friend Sarah Nelson! 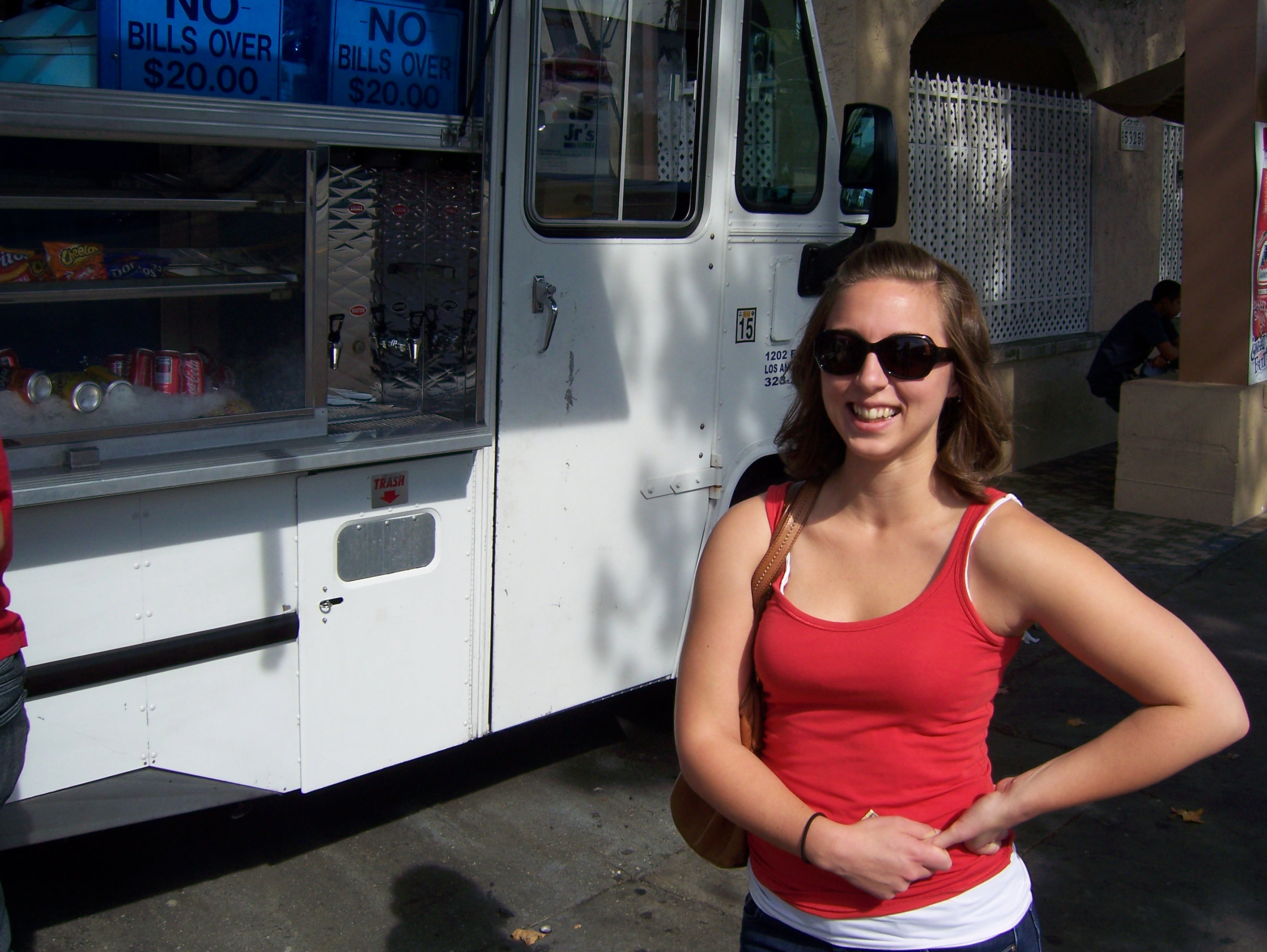 We headed to Santa Monica beach, experiencing L.A. traffic both ways, but it was worth it: 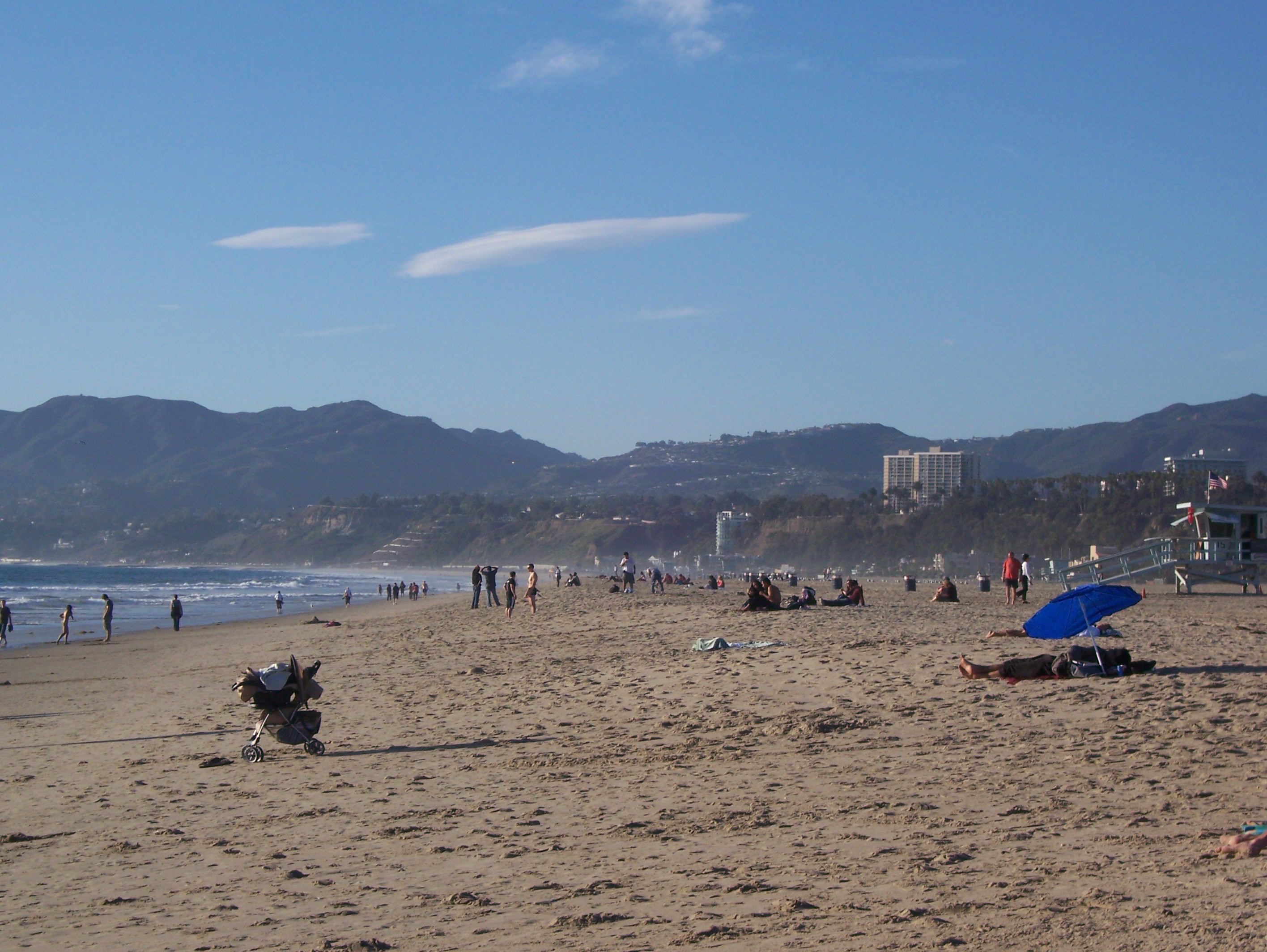 Thanks for everything, Sarah!  That night we hit Skinny’s Lounge in NoHo (North Hollywood, duh): 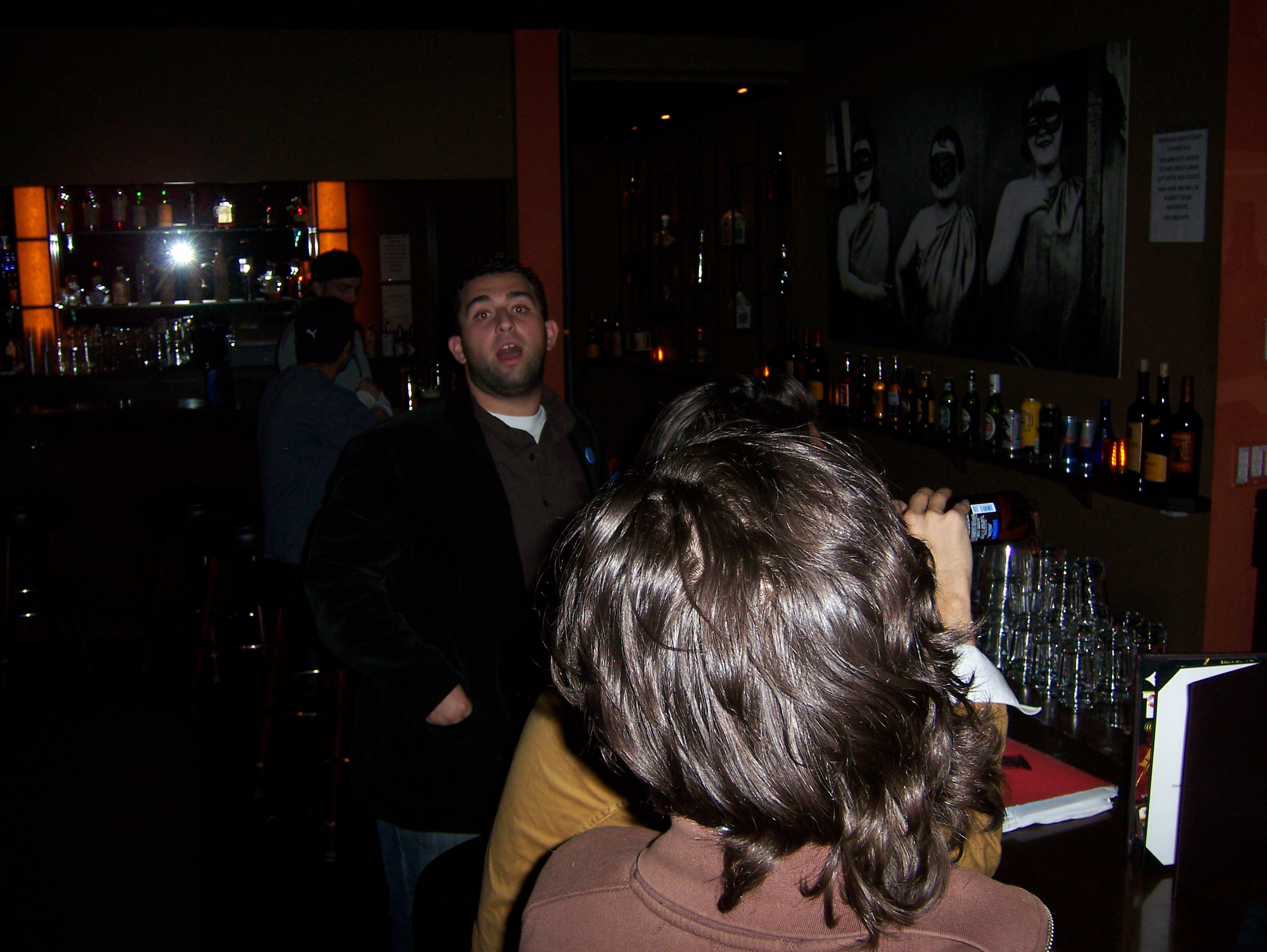 The venue was kind of classy, with hip booths and seats and a stylish kind of vibe.  Which was why we were somewhat surprised by the opening duo, Naked and Shameless: 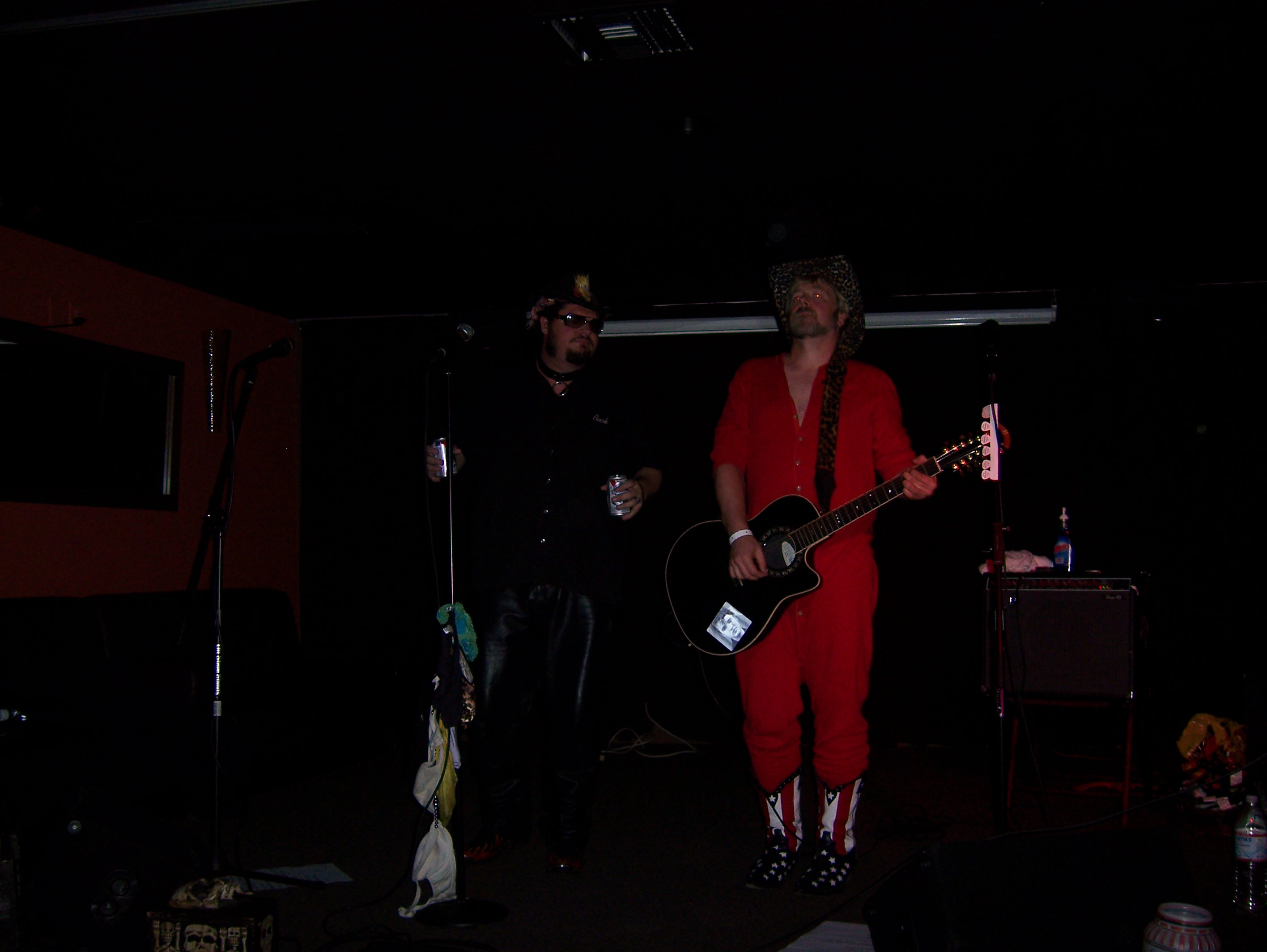 Both guys were very cool and supportive, though, not to mention hilarious.  After them was a singer-songwriter, Asia Whiteacre, who sounded great, with well-written pop songs and a clear voice that still had a lot of character.  This, however, made us a bit of a wierd fit.  We decided to just do our thing and let the chips fall where they may, which was a lot easier to do with the support of friends and family that were in town! 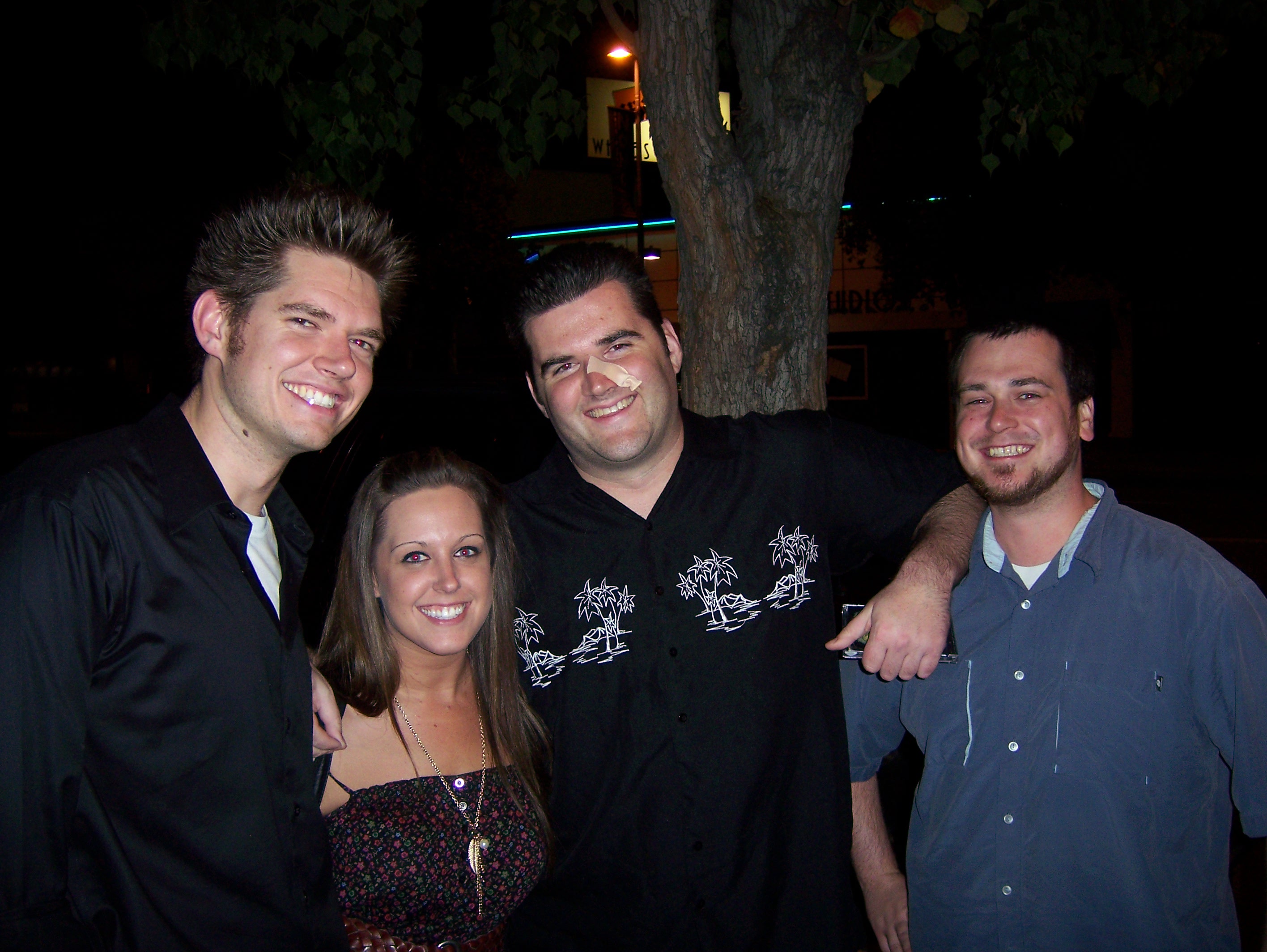 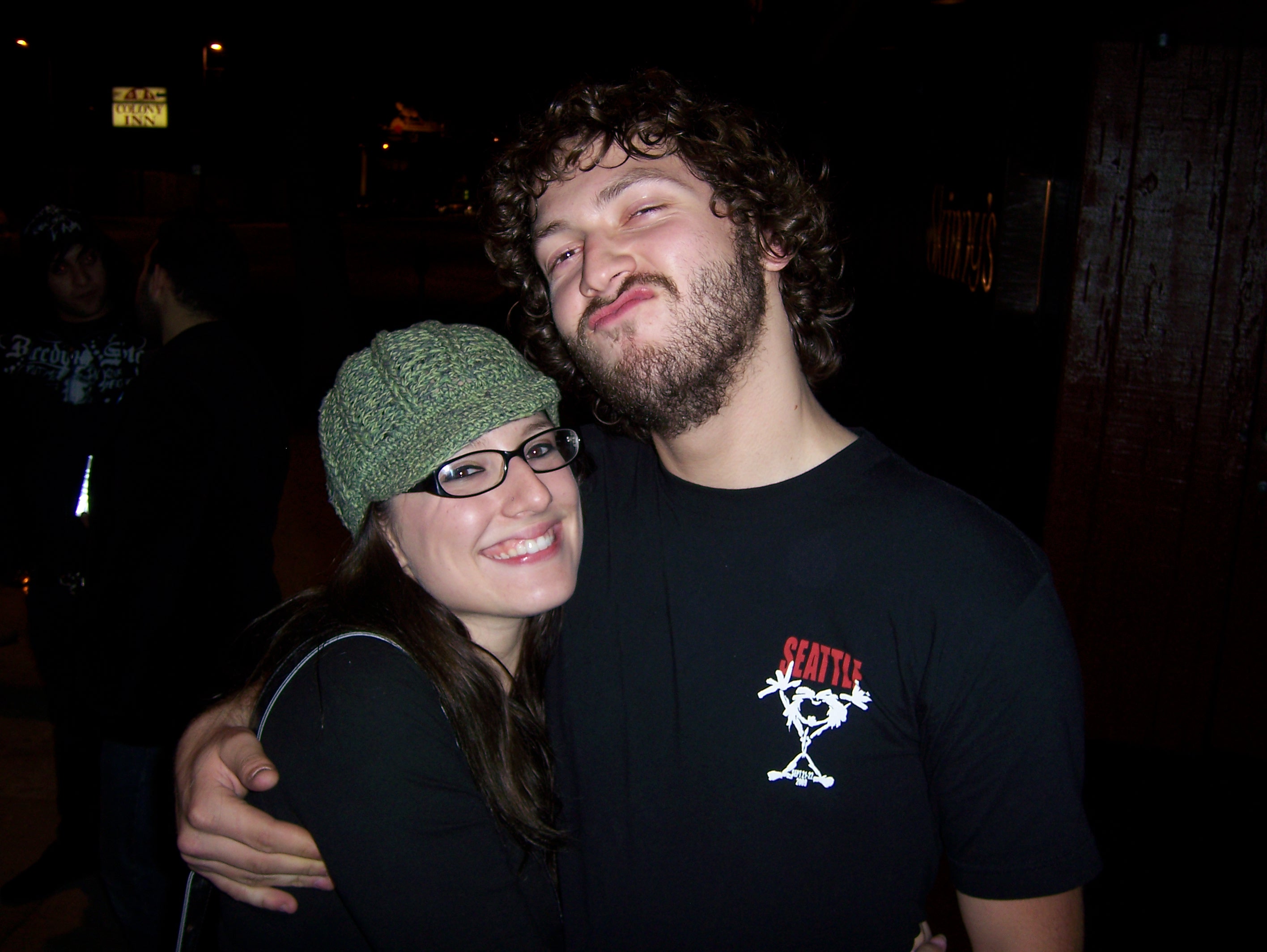 Thank you so much to my brother and sister, Charlie Patnoe, and my old friend Matt Hovland! 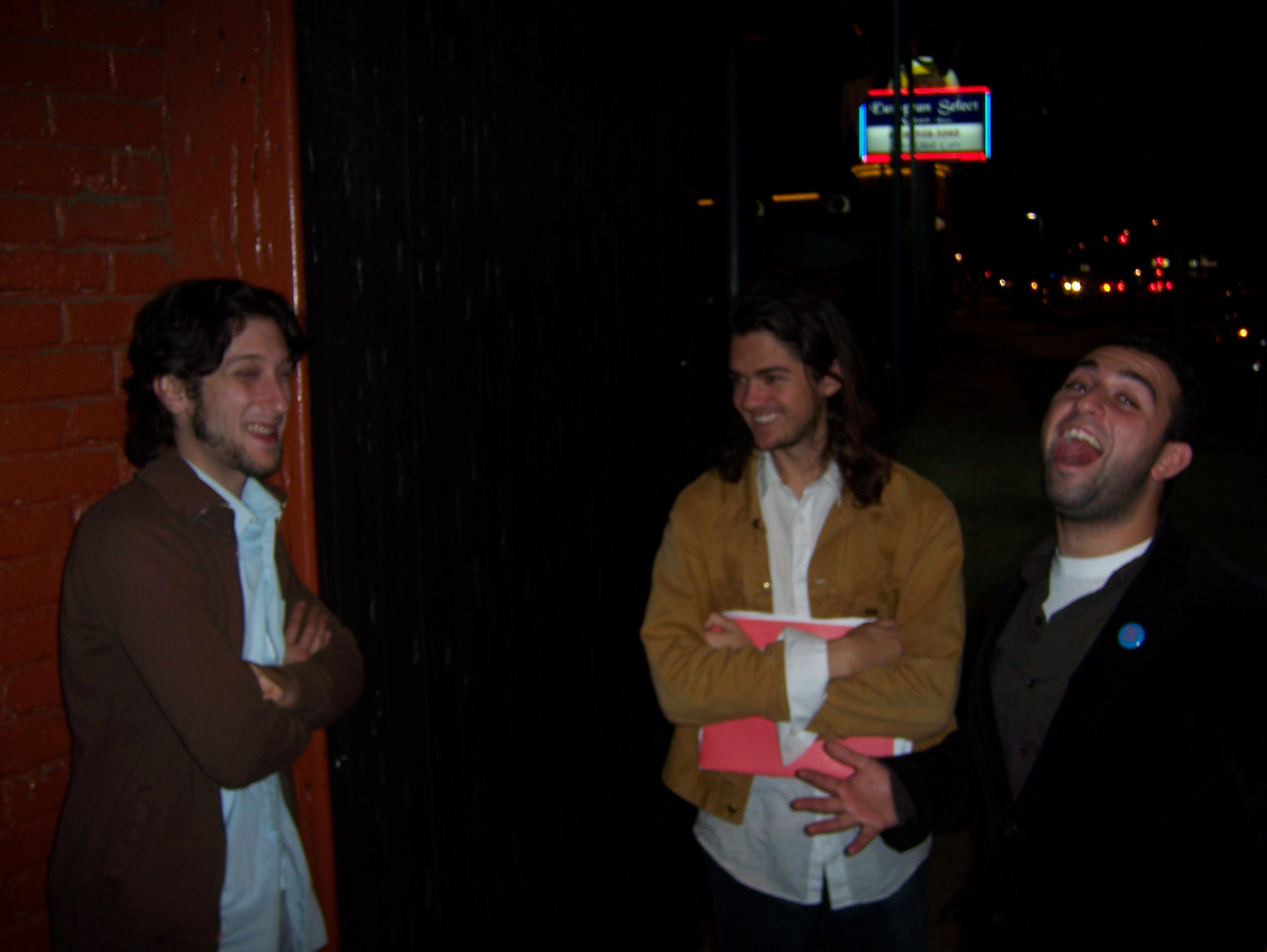 We said our goodbyes to L.A. this morning, and I was somewhat sad to leave, but I know we’ll be back soon!