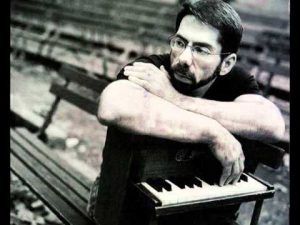 Hersch is a New York-based jazz pianist, although he has played and composed for a variety of different musical styles, and also is an activist and spokesman for AIDS health and awareness causes; the book offers a look into Hersch’s development as a musician in New York in the late 70’s, his life with HIV and his coming out in 1993, and many of the different avenues and detours his personal and professional lives have taken over the years.

I was initially interested in reading it because of his historical place in the New York jazz scene; Hersch came on the scene after the 60’s but before the Young Lions era of the 80’s, the 2 time periods that I feel are discussed the most when talking about modern 20th century jazz.  Hersch’s stories do not disappoint in this area, and also were supplemented by more of the memories he recounts in an interview with Ethan Iverson here.

Many of these stories revolve around Hersch’s experiences learning on the job from old masters, from Art Farmer to Joe Henderson to Sam Jones and several others.  He sees himself in a group of young musicians that were some of the last to learn to play almost exclusively by working and gigging with legends.  The generation after them – the Young Lions mentioned above – largely came from college jazz programs that were more firmly established after Hersch and his peers left school.  Because I underwent most of my musical development in a college jazz program, and I didn’t have that same kind of on-the-job training or mentor/apprentice relationship like Hersch describes, I’m really curious about it, and have been since before I started this book.

On a related note, I really enjoyed imagining what the scene would have been like back then at Bradley’s, a famous piano Greenwich Village piano bar that is now closed.  To read about it in the book and in Iverson’s interview, you really would never know which legendary pianist was going to come in and drink at the bar, and then, inevitably, show you how to play a standard or teach you a tune at the piano.  Amazing!

Hersch also talks a bit about how his music and the music of some of his peers was kind of caught between the 2 more popular (as popular as the genre could be) styles of jazz at the time:  fusion and a more neo-traditional style that attempted to go back to the 60’s.  Hersch and his compatriots were exploring original compositions and ideas – not as directly pointing to the past as the neo-traditional crowd – but they also fit into the orchestrations and arrangements of earlier jazz styles – not as electric-influenced as fusion.  As I mentioned before, this perspective does not get as much attention as others, at least to me, so I found that aspect of the book intriguing too.  I would love to read something from the perspective of the Out and/or Free music scene happening at the time too, but that will have to be at a later date.

When it comes down to it, though, these stories and views about musical categories and styles take up a relatively small amount of the book.  There are fascinating accounts of Hersch’s work with the poetry of Walt Whitman, arrangements of material from classical composers as well as classic tin pan alley songwriters, his short time running a recording studio, and working on a multimedia performance based on on the vivid dreams experienced during a coma, among other events.  And these are just on the musical side; Hersch’s experience in and out of the gay community in New York, the brutal battles with his health over the years, his experiences in social activism, and his general views in hindsight, looking back from early piano lessons as a child and gigs as a young adult in Cincinnati to building his career as a musician and teacher in New York, combine to form a truly inspirational and impactful life that he recounts wonderfully.  I highly recommend this book!