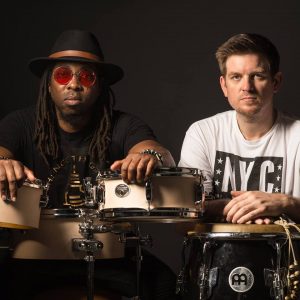 Last month I spent 17 days on the road with Polyrhythmics, having played 13 shows, and on 11 of those shows we shared the stage with the band Ghost Note.  Although the road is always thought-provoking and eventful (in addition to a lot of work), it’s the sharing of the stage that’s prompting this post.

Ghost Note is co-led by Nate Werth and Robert “Sput” Searight, both musicians I first heard when they were performing with the band Snarky Puppy.  They are the center of the group, are both immensely talented, and draw equally talented musicians to that center, surrounding themselves with people that match their level of musicianship and passion for creative music. 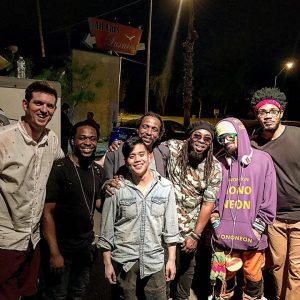 The tour began with Nate on percussion, Sput on drums, MonoNeon on bass, Vaughn Henry on keyboards, Jonathan Mones on Alto sax, and Sylvester Onyejiaka on Tenor sax.  Halfway through the tour, Sylvester and Vaughn left, and the band added Domi on keyboards, Peter Knudsen on guitar, and A.J. Brown on bass (for 2 of the gigs).  All from different parts of the country, all immensely talented.  It was incredible.

I could write a whole other blog post on Ghost Note’s music itself – fun, melodic music with room for a lot of complex rhythm and interplay, as well as specific spaces for improvisation and solos.  But as fascinated as I was with the music, I was equally fascinated with the personal dynamic of the group and how it stays together, works together, and plays together.  I didn’t ask Sput or Nate very many specific questions related to this, but in conversations with them and the other band members I started to get a picture of it.  Here a couple of observations:

-These guys WORK.  Like all the time.  Whether it’s recording parts for someone from their house, DJ’ing radio shows, travelling for gigs, or making videos and music through their social media platforms, everyone involved in Ghost Note works on music-related projects in a wiiiiide variety of forms.  And it’s not limited by geography; they’re involved in collaborations with people across the country.

-Even while they travel and connect with people away from home, they’re connected with the scene where they live.  Following them on social media, I can see what everyone is doing locally, whether it’s Portland, Miami, Dallas, or New York, among other places (yes, there were members of Ghost Note currently living in each of those places!)  And although I’m sure all of the Ghost Note members have occasional issues similar to what I’ve just begun to deal with – in terms of striking a healthy balance between in-town/out-of-town and work/friends and family – it was motivating to talk to and be around musicians that were so professional in terms of networking and personal promotion.

-They were all really warm and supportive!  They’ve played with some of the greatest and most famous musicians in the world, and there were no egos, just people focused on playing music at the highest level they can, and enjoying it at all times.  And that was the case no matter how big or small the venue was; they always brought it and played with full intensity.  This is another thought that seems obvious when it’s written down, because everyone says that great musicians do that, but it’s different when you see it in action.  I can think of a few very specific situations on this tour where Ghost Note could have played differently or dealt with things in another way, and I watched them put huge amounts of time and energy into the show, their fans, and the venue and staff.

I have a lot of other thoughts swirling in my head after this tour and Polyrhythmics’ recent run to New Orleans, but I will end here with these initial thoughts about the Ghost Note run.  If you’re so inclined, check out their recent album, Swagism, and stay tuned for more from me! 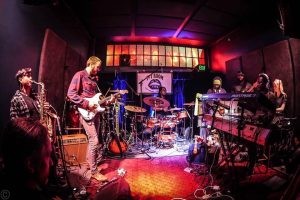