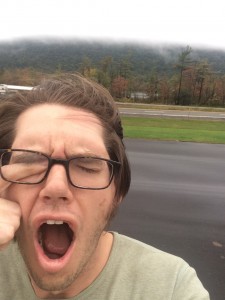 Home again home again after a busy couple of weeks:

– The Polyrhythmics East Coast Tour was overwhelmingly positive, both individually and as a group. Although our time in each area or city was usually pretty short, I really enjoyed being in areas where the moods, personalities, and cultures were a bit different than that of the Northwest, from New England to New York to DC to North Carolina. Equally interesting were the parts of some of the cities that I found really similar to Seattle and the Northwest; sometimes it was the way a town felt, sometimes it was the way the people were, sometimes it was something else. Regardless, there was strong support and love for our music, which was heartwarming. New York in particular was wonderful; I reunited with several friends with whom I always enjoy catching up.

– After that, our stops in California and Oregon were familiar in the best of ways. Many of the venues we’ve played several times before, and it’s comforting to know that the place you’re playing any given night likes you and will treat you well, and you will probably see some familiar faces too! I talked about music a lot with a couple of the guys on this run, discussing where we see our music (both as individuals and as a band) fitting in compared to all of the other music getting made out there. I always find those conversations very rewarding, and think it makes me a better musician (or at least makes WANT to be better).

The Polyrhythmics twitter and instagram accounts were pretty active on these runs, so there are more detailed descriptions of the tours here and here.

It is not easy to make tours like this happen (much of the credit should go to Ben Bloom, our guitarist and tour manager), and there are sacrifices each of us in the band make to do it, but I feel very fortunate to be along for the ride.

On to the next!